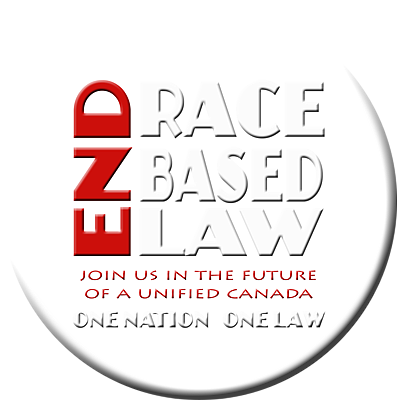 It’s hard to tell if this is more about political correctness or political cowardice…or both. Either way, it reinforces an unnecessarily-negative view of Canada’s past that just weakens our nation. It also is yet another example of the lack of real political Opposition in Canada – a dangerous situation where Canada’s future is concerned…

“‘Conservative’ {Party} Leader Erin O’Toole walked back his comments about residential schools…saying the system was not intended to try and “provide education”.
{That’s an extremely biased and unfair statement…}

“The system was intended to remove children from the influence of their homes, families, traditions, and cultures”,
O’Toole said in a statement emailed to ‘Global News’.
{Now he sounds EXACTLY like Trudeau…}

“O’Toole added that the “very existence” of the schools is
“a terrible stain on Canada’s history that has had sweeping impacts on generations of Indigenous Canadians”.

“I speak about the harm caused by residential schools regularly”,
O’Toole added.

“The statement comes after video surfaced of O’Toole speaking to the Ryerson ‘Conservatives’ club Facebook page on Nov. 5. In the video, O’Toole appears to be talking about the debate over renaming buildings tied to controversial historical figures.

“Let’s learn from the bad mistakes and, in some (cases), tragic circumstances of our past. But when Egerton Ryerson was called in by Hector Langevin and people, it was meant to try and provide education”,
O’Toole said, referring to the creation of the residential school system {!!!}.
“It became a horrible program that really harmed {some} people, and we have to learn from that, and I wear orange, and I do that. But we’re not helping anyone by misrepresenting the past.”

{“But we’re not helping anyone by misrepresenting the past.”
That’s for damn sure:
‘Creating A Legend: The Orange Shirt’:
It’s understandable that a child would be upset by having to trade in a favourite piece of clothing for a school uniform, but it was the same for all children — not just aboriginal — at religious schools. What isn’t understandable is that she would still be holding a grievance all these years later. This is where counselling comes in…
https://canadiansforlegalequality.wordpress.com/2020/09/30/creating-a-legend-the-orange-shirt/ }

“There is widespread {but mistaken} agreement that the stated goal of residential schools was to assimilate ‘Indigenous’ youth into the ‘white’, ‘settler’ culture — stripping the students of their identities in what the ‘Truth’ and Reconciliation Commission found constituted a “cultural genocide”…

“A source confirmed that O’Toole reached out to A‘FN’ National Chief Perry Bellegarde’s office…after his comments were first reported. In a statement released prior to O’Toole’s on Wednesday, Bellegarde said the Opposition Leader’s comments were “disappointing”, stating they “sought to use the tragedy” to “score meaningless political points”.

“No political party can claim the high road on that ‘tragic’ piece of Canadian history”,
Bellegarde said in a tweeted statement.
{What melodramatic nonsense…}
“I look forward to sitting down with Mr. O’Toole in the New Year to help him better understand how ‘First Nations’ {sic, ‘Aboriginal communities’} are continuing to grapple with the lasting effects of a policy that was wrong from the start and made worse by decades of political mismanagement and indifference.”
{You wouldn’t be able to read or write without the schools…}

“Meanwhile, multiple politicians from other parties have taken to ‘Twitter’ to slam O’Toole’s comments.

“Erin O’Toole’s attempt to suggest that the architects of the residential school system were somehow well-intentioned is very troubling. He has claimed that ‘systemic racism’ doesn’t exist in Canada, then he perpetrates it with students”,
wrote ‘Liberal’ {Party} MP Adam van Koeverden in a Wednesday tweet.
“This is not leadership, it’s disgraceful.”
{Your playing partisan politics with this issue is what’s “shameful”…}

“NDP MP {and mixed race Aboriginal} Leah Gazan also spoke out about the issue, calling on O’Toole to resign over his comments.

“Let’s trend #ResignOToole #GenocideDenier and speak out against racism and hate!!! Show your love for ‘survivors’ {The pejorative term for ‘former students’} and residential school warriors {?} by denouncing ignorance and hate!!!!”
Gazan wrote on Twitter Tuesday evening.
{She would certainly know about “ignorance and hate”…}

“The hashtag #ResignOToole was trending on Twitter…with more than 10,000 tweets contributing to the discussion.”

“O’Toole made the comments in a video posted to the Ryerson ‘Conservatives’ club Facebook page on Nov. 5.

“…We’re not helping anyone by misrepresenting the past.”

“The page also indicates that O’Toole had recently attended a virtual pub night for the club on Oct. 30 — though it does not expressly indicate that the comments were made at that event. The Ryerson ‘Conservatives’ did not respond to a request for comment.

“In response to a ‘Global News’ request for comment, the ‘Conservative’ {Party} leader’s office said that O’Toole “is a champion for ‘reconciliation’” and “takes the horrific history of residential schools very seriously”.
{If he thinks that all of the schools had a “horrific history”, then he’s a uneducated fool…}

“He has also been clear in highlighting the damage ‘cancel culture’ can have. Defending free speech, especially on campus, is important, just as remembering our past is an important part of aspiring for better in the future”,
wrote O’Toole’s spokesperson Chelsea Tucker in an emailed statement.

“Former ‘Conservative’ {Party} Prime Minister Stephen Harper acknowledged in his {foolish} 2008 apology for the residential school system that the schools were set up with the specific goal of assimilating ‘Indigenous’ {sic, ‘Aboriginals’ are not ‘Indigenous’ to Canada} children.

“Two primary objectives of the residential school system were to remove and isolate children from the influence of their homes, families, traditions and cultures, and to assimilate them into the dominant culture”,
Harper said at the time…

“In the video, O’Toole appears to be talking about the debate over renaming buildings tied to controversial historical figures.

“Most of the Lefty radicals are also the dumbest people at your university” {!},
O’Toole said at the outset of the video. He then tells the group that he’s got a “nugget” for them that, when he says it in Parliament, “silences the ‘Liberals’ like you wouldn’t believe”.

“‘Conservatives’, when it comes to residential schools in the modern era, have a better record than the ‘Liberals’. That shocks the hell out of the ‘woke’ crowd, I’ll tell you”,
O’Toole said.

“Questions have bubbled in recent years about whether Canada should tear down statues and rename buildings that honour the leaders responsible for ‘racist systems’ like residential schools {15% of Residential school students were non-Aboriginal. How is that ‘racist’?}. Ryerson University has found itself enmeshed in this debate, with some calling on the university to scrub itself of Egerton Ryerson’s name. Ryerson is widely considered to be one of the architects of the residential school system.

“This debate appeared to be what O’Toole was addressing in the video, which the club posted alongside its commentary that “we must keep up the fight to defend Egerton Ryerson”.

“Meanwhile, Tuesday also marks a grim milestone. Five years ago, the {Partial} ‘Truth’ and Reconciliation Commission’s final report was published — a report that found {before the Commission even held hearings} Canada has committed “cultural genocide” {A foolish U.N. term} against ‘Indigenous’ people.
{Aboriginals are NOT ‘Indigenous’ to North America…}

“When asked for reaction to O’Toole’s comments about the residential school system, the acting director for the ‘National Centre for ‘Truth’ and Reconciliation’ said the comments signal a need to “do better”.

“It is our hope that all political leaders will tell us how they will do better than their predecessors. That starts with educating themselves about the {politicized} ‘Calls to Action’ and reading the {racist} ‘Final Report’,”
Stephanie Scott wrote in a statement emailed to ‘Global News’…” 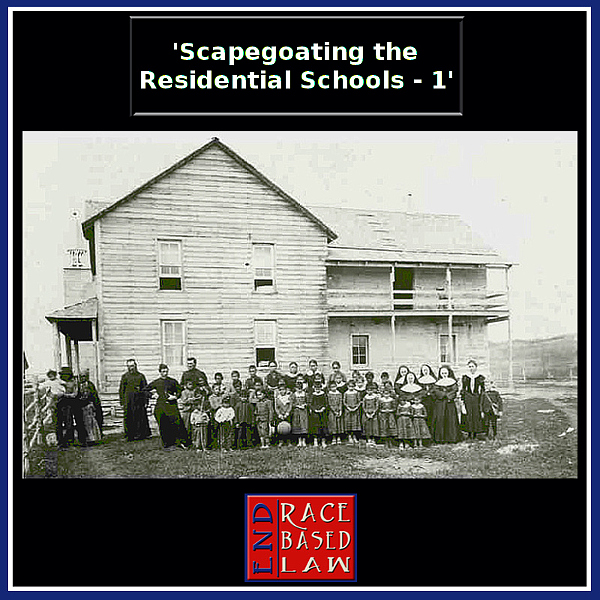 See also:
‘Residential Schools: Myths vs. Evidence’:
“Canadians are constantly being told that the Indian residential school system is at the root of the many dysfunctions in ‘indigenous’ {sic, ‘Aboriginal’} society today. Alcoholism, violence, poverty and poor educational attainment are all blamed on these schools, the last of which closed in the 1990s.

“Here are some myths and some facts:
“Myth: residential schools robbed all native kids of their childhoods.
Fact: the average stay was only 4.5 years and the vast majority of aboriginal youth never attended such a school…”
https://endracebasedlaw.ca/2019/09/03/residential-schools-myths-vs-evidence/

‘Blown Out of Proportion’ (Residential Schools):
“My great uncle was a Catholic priest teaching at a far north residential school in the 1960’s. I can tell you, this man had integrity, and would never have been involved in abuse, or even tolerated it around him. I believe a few cases of such abuse have been multiplied and blown out of proportion, to obtain settlements and perpetuate victimhood by some aboriginals. But not all. We don’t hear about the ones who had positive experiences in residential schools, do we? Why?”
https://endracebasedlaw.ca/2019/08/29/blown-out-of-proportion/ 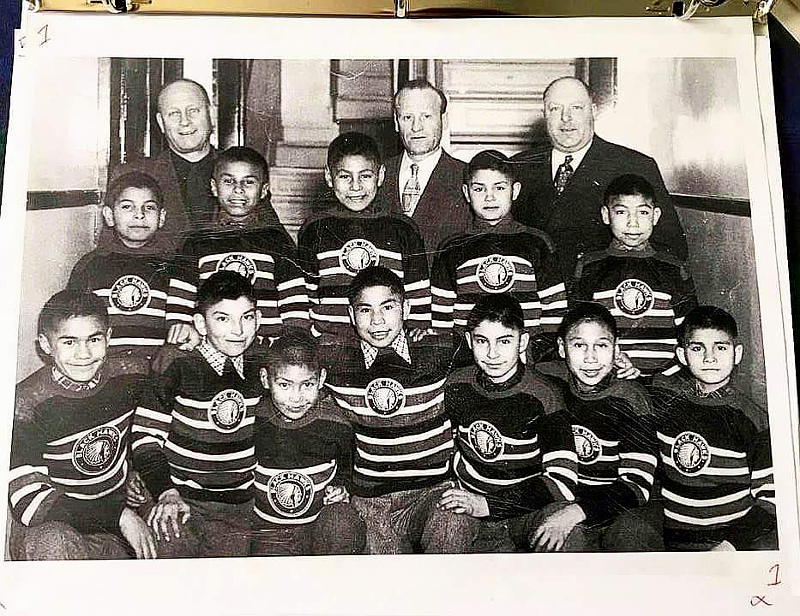 ‘A Cynical Narrative‘ (Res.Schools/Hockey):
Pelican Lake Residential school. Early 1950’s.
An aboriginal posted underneath the picture,
“Don’t be fooled by their smiles“.
Because aboriginals don’t love hockey?
Because there was NOTHING positive about Residential schools?
https://endracebasedlawcanadanews.wordpress.com/2018/05/07/a-cynical-narrative/