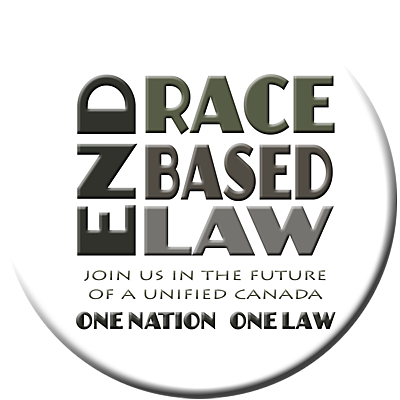 “In February, the provincial {foolishly-named} Ministry of ‘Indigenous’ {they mean ‘aboriginal’} Relations and ‘Reconciliation’ entered confidential discussions with BC Hydro, and the West Moberly and Prophet River {a ‘nation’ of 290 people} ‘First Nations’.

“The talks were aimed at avoiding litigation, said Tim Thielmann, legal counsel for the West Moberly ‘First Nation’ {Indian tribe}, located in the northeastern corner of B.C. But now, “discussions have ended with the province and [West Moberly] will be proceeding to trial”, he said. The trial is scheduled to start in March of 2022 and is expected to last 120 days…

“The ‘nations’ {tribes} argue that Site C, which will flood 5,500 hectares of the Peace River valley, violates its Treaty 8 rights…
{This is demonstrably false. See below..}

“The West Moberly have previously warned it believes Site C constitutes a $1-billion treaty violation {They can repeat it forever; it’s still false}. In 2018, the ‘First Nations’ {tribes} lost a bid for an injunction order, meaning construction of the dam that began in 2014 is continuing. The project is expected to be complete by 2024, but the case will be heard in court before the scheduled filling of the reservoir in 2023, according to BC Hydro…”

‘Treaty 8’, like most of the Treaties, allows the resident Indians to hunt and fish on their “traditional lands” AS LONG AS THE AREA IS NOT NEEDED FOR DEVELOPMENT. WHEN DEVELOPMENT OCCURS, COMPENSATION IS PROVIDED IF THE DEVELOPMENT USES RESERVE LAND; HOWEVER, THE DECISION AS TO WHETHER TO DEVELOP DOES NOT BELONG TO THE INDIANS — OR THE COURTS…

Here are the relevant sections from ‘Treaty 8’:

“AND WHEREAS, the said Commissioners have proceeded to negotiate a treaty with the Cree, Beaver, Chipewyan and other Indians, inhabiting the district hereinafter defined and described, and the same has been agreed upon and concluded by the respective bands at the dates mentioned hereunder, the said Indians DO HEREBY CEDE, RELEASE, SURRENDER AND YIELD UP to the Government of the Dominion of Canada, for Her Majesty the Queen and Her successors for ever, all their rights, titles and privileges whatsoever, to the lands included within the following limits…

“AND ALSO the said Indian rights, titles and privileges whatsoever to all other lands wherever situated in the Northwest Territories, British Columbia, or in any other portion of the Dominion of Canada.

“TO HAVE AND TO HOLD the same to Her Majesty the Queen and Her successors for ever.

“And Her Majesty the Queen HEREBY AGREES with the said Indians that they shall have right to pursue their usual vocations of hunting, trapping and fishing throughout the tract surrendered as heretofore described, subject to such regulations as may from time to time be made by the Government of the country, acting under the authority of Her Majesty, and SAVING AND EXCEPTING SUCH TRACTS AS MAY BE REQUIRED OR TAKEN UP FROM TIME TO TIME FOR SETTLEMENT, MINING, LUMBERING, TRADING OR OTHER PURPOSES…

“It is further agreed between Her Majesty and Her said Indian subjects that such portions of the RESERVES…as may at any time be required for public works, buildings, railways, or roads of whatsoever nature may be appropriated for that purpose by Her Majesty’s Government of the Dominion of Canada, due compensation being made to the Indians for the value of any improvements thereon, and an equivalent in land, money or other consideration for the area of the reserve so appropriated.

“And the undersigned Cree, Beaver, Chipewyan and other Indian Chiefs and Headmen, on their own behalf and on behalf of all the Indians whom they represent, DO HEREBY SOLEMNLY PROMISE and engage to strictly observe this Treaty, and also TO CONDUCT AND BEHAVE THEMSELVES AS GOOD AND LOYAL SUBJECTS of Her Majesty the Queen.

“THEY PROMISE AND ENGAGE THAT THEY WILL, IN ALL RESPECTS, OBEY AND ABIDE BY THE LAW; that they will maintain peace between each other, and between themselves and other tribes of Indians, and between themselves and others of Her Majesty’s subjects, whether Indians, half-breeds or whites, this year inhabiting and hereafter to inhabit any part of the said ceded territory; and that THEY WILL NOT MOLEST THE PERSON OR PROPERTY of any inhabitant of such ceded tract, or of any other district or country, OR INTERFERE WITH OR TROUBLE ANY PERSON PASSING OR TRAVELLING THROUGH the said tract or any part thereof, and that THEY WILL ASSIST THE OFFICERS OF HER MAJESTY IN BRINGING TO JUSTICE AND PUNISHMENT ANY INDIAN offending against the stipulations of this Treaty or INFRINGING THE LAW IN FORCE in the country so ceded.” {CAPS added…}
http://www.aadnc-aandc.gc.ca/eng/1100100028813/1100100028853

See also:
‘Aboriginals Want U.N. To Bully Canada‘ (Site ‘C’ Dam) {April 10, 2019}:
“The oddest part of this article is that the ‘social justice’ ‘journalist’ who wrote this piece actually thinks that the U.N. has the power to ‘instruct’ Canada to do anything:
“The United Nations has ‘instructed’ Canada to suspend construction of the Site C dam on B.C.’s Peace River until the project obtains the “free, prior and informed consent” of ‘Indigenous’ {aboriginal} peoples…”
https://endracebasedlaw.ca/2019/04/10/aboriginals-want-u-n-to-bully-canada/

‘Site ‘C’ Hunger-Striker Condemns Christy Clark’ {April 3, 2016}:
“British Columbia Premier Christy Clark “will have blood on her hands” if she continues to move forward with the Site C Dam, said protester Kristin Henry on the 19th day of her hunger strike against the controversial hydroelectric project.”
https://endracebasedlawcanadanews.wordpress.com/2016/04/03/site-c-hunger-striker-condemns-christy-clark/