The Canadian government continues to use taxpayer dollars to fund the break-up of Canada:

“Since 2018, when the five-year $100-million ‘Nation Rebuilding Program’ was initially announced, ‘Indigenous’ communities and groups in the Northwest Territories have received more than $2 million in funding.” 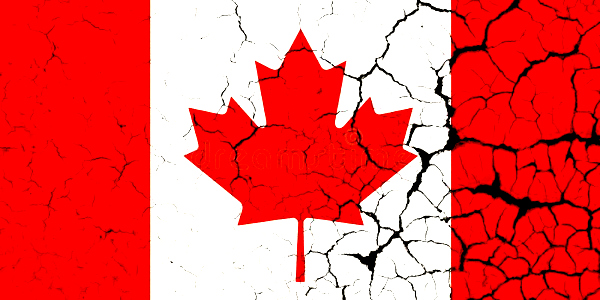 “The Dene ‘Nation’ will use the funding to support their work in establishing a Dene national voice, revising and finalizing their constitution and developing a unity agreement for Dene governments, said the release.

“The first step on the path to true reconciliation begins with Canada respecting the nation-to-nation relationship“,

{You are NOT a ‘Nation’ in the modern sense of the word, and you are NOT equal to the Canadian government. You are CANADIAN CITIZENS!}
said Norman Yakeleya, ‘national chief’ of the Dene ‘Nation’.

“The Dene are at the helm of a new era, where we serve our local and regional governments, respect their jurisdictions, yet unite nationally to protect our people, ancestral lands, and inherent and Treaty rights.”
{This is separatism, pure and simple…}

See also:
‘nations’ Within A ‘Nation’:
“Our nation of Canada is now only one of several “nations” within our borders, with the other ‘nations’ also receiving special Constitutional powers. This has created a Constitutional rights hierarchy, rather than equal rights for all Canadians. It began, of course, with the Quebecois “nation” and has spread like a virus, with new would-be aboriginal “nations” springing up in all corners of our land. Now, it’s even taboo in some circles to refer to Canada as “One Nation”…”
https://canadiansforlegalequality.wordpress.com/2016/07/05/nations-within-a-nation/

‘Is Canada Coming Unravelled?’ (Aboriginal Separatism):
“Most Canadians are blissfully unaware that many aboriginal leaders are attempting to create separate, independent ‘nations’ {countries} within the borders of Canada — ‘nations’ that would ignore Canadian law while still being subsidized by the Canadian people.”
https://endracebasedlaw.wordpress.com/2016/05/04/is-canada-coming-unravelled/

‘The Big Lie Strikes Again’ (‘Nation-to-nation’):
“Governments are now almost constantly holding ‘private’ meetings with aboriginal tribes, often resulting in the giveaway of public lands and finances. There is one Big Lie that governments are using to justify all the secrecy…”
https://endracebasedlawcanadanews.wordpress.com/2016/07/19/the-big-lie-strikes-again/

‘Nation-to-nation?’ {May 31, 2016}:
“…communities are at different stages in terms of their own ‘deconstruction’ or ‘decolonizing’”,
said Wilson Raybould.”
https://endracebasedlawcanadanews.wordpress.com/2016/05/31/nation-to-nation/ 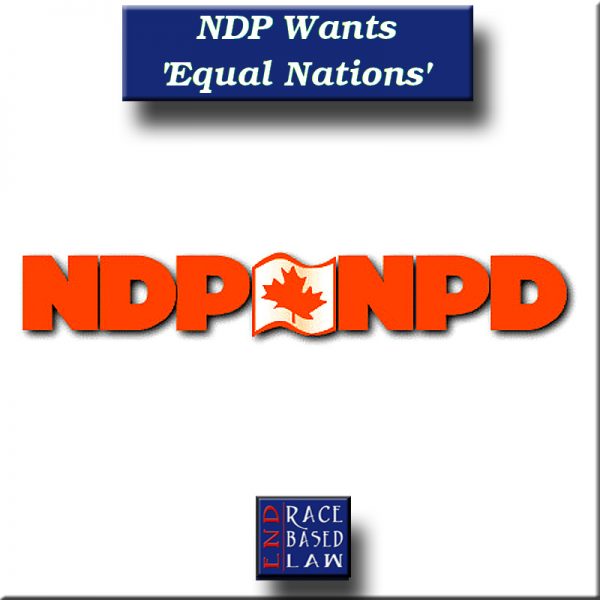