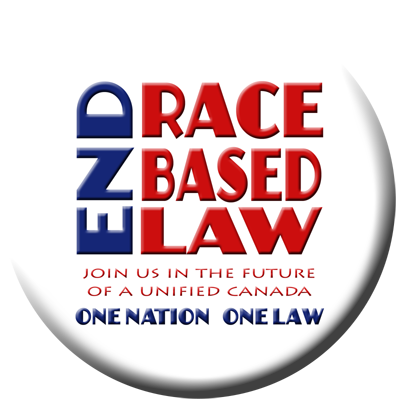 When the authorities irresponsibly refuse to do their jobs and enforce the law, they force citizens to take matters into their own hands:

“A pro-pipeline ‘vigilante’ group organized by a Calgary-area man intends to step in and remove the Camp Cloud protest site if legal efforts by Burnaby, B.C., to do so, fail…

“A ruling is expected Aug. 10. If the city’s injunction doesn’t go through, Cory Morgan, a Priddis, Alta., libertarian blogger, and members of a Facebook group called “Citizens committee to evict Camp Cloud” plan on travelling to Burnaby around Aug. 18 to clean up the camp…
https://www.facebook.com/groups/214809372557103/

“Morgan claimed Camp Cloud is full of graffiti, drug paraphernalia and garbage, and that Burnaby residents are complaining of harassment by camp members. He has referred to the Camp Cloud protesters as “drug-addled reprobates” on his Twitter account and titled a blog post on July 31:
“Racists, junkies and sex offenders. Camp Cloud has it all.”

“This is a lawless little zone and it’s just beyond acceptable anymore”,
Morgan said…

“Morgan shied away from using the term “vigilante” to describe the group, instead referring to them as an “irregular law enforcement group”. In their statement, the City of Burnaby said it

“discourages any vigilante actions and irresponsible actions that can endanger public safety”.

“The Facebook group has around 500 members from all over Western Canada — including Burnaby itself — but Morgan anticipates only about 10% of them will be able to make it out to Burnaby on Aug. 18. Several drivers are offering to lend small buses — like those used to drive oilpatch crews to work sites — to the group, Morgan said. They’re still working on an exact course of action, although it’ll involve covering up traces of the camp.

“I’ve noticed they have graffiti everywhere on all the concrete barriers in the area, on the Kinder Morgan signs, everywhere else”,
Morgan said.
“Well, maybe 50 or 60 of us will come out with cans of white paint and we’ll paint over all of their crap.”

“But reported violence from camp members is another of Morgan’s criticisms. He was inspired to start the group after two members of ‘Suits and Boots’, a pro-pipeline activist group, ‘got into a heated argument with’ {‘got bullied by’} camp members while trying to take pictures of it in late July.
https://youtu.be/vLNkV9-_AU4

“According to a statement from Burnaby RCMP, several complainants were told by camp members to stop taking pictures of the site. A camp member then allegedly pushed one of them, tried to take their camera and removed a licence plate from the complainant’s vehicle. No charges have been laid, but an investigation continues.

“Morgan said the group intends to show up in numbers to prevent retaliation from camp members.

“They’ll attack a young man and his girlfriend”— referring to the two ‘Suits and Boots’ members — “but if there’s 50 roughnecks painting barriers, they might scream and shout, but I would hope they wouldn’t be foolish enough to get in the way.”

“Ultimately, Morgan said the group’s actions are intended as a catalyst to push authorities into getting rid of the camp before they drive out to Burnaby. He even hoped the city’s lawyers bring up their plans when they go for their injunction meeting.

“This’ll be one of the things they’ll be able to point out”,
Morgan said.
“They’ll say, ‘There’s a group of people, over 500 so far, talking about coming out here and doing this. We’ve got to act before this gets to that point. And this group is serious.’”

“This is a national embarrassment and something needs to be done”,
Cory Morgan wrote on his blog…

“Morgan said he will wait to see the outcome of the City of Burnaby’s application for a court order to enforce the eviction notice it gave Camp Cloud on July 18. A B.C. Supreme Court judge is set to hear the city’s application on Aug. 10. If the judge upholds the portion of an existing injunction allowing the camp to remain, Morgan said he believes the law would no longer apply in that area.

“If it turns out that it’s a completely lawless spot – as far as I’m concerned that’s what the injunction is saying – then I guess citizens will have the right to take it upon themselves to go in there and deal with it themselves”,
he said…

“Morgan said he was motivated to organize the group in an effort to end interference with the planned expansion of the Trans Mountain pipeline.

“We seem to be crippled by a camp full of layabouts on the side of a road”,
he said.
“We can’t even clean them out. How is any investor going to feel confident investing in any energy project in Canada when we can’t even do the most minor of removal of illegal protesters?”

“But local police are reminding Morgan and others it is not their place to evict ‘Camp Cloud’.

“Police would urge people not take matters into their own hands”,
{Authorities are leaving people with no choice…}
said Supt. Chuck McDonald, Burnaby RCMP operations officer.
“The RCMP respects the dignity of all people and ask the same of all stakeholders.”
{So, criminals are now “stakeholders”? Is this some kid of joke???}

“An RCMP spokesperson said police were aware of the online comments threatening a vigilante eviction and that police were monitoring the area to ‘keep the peace’ {You mean ‘protect the lawbreakers’…}.

“Morgan’s comments came about a week after another Alberta conservative said he planned action against ‘Camp Cloud’. Former Conservative Party of Canada leadership candidate Rick Peterson tweeted a picture of a bulldozer and captioned it:

“A Member of Peterson’s pro-pipeline group, ‘Suits and Boots’…was assaulted by camp members when he went to scope out a location to park the bulldozer.
https://www.facebook.com/groups/ENDRACEBASEDLAWCanadanewsfeed/permalink/712920925705648/
Peterson said he cancelled the demonstration because he believes the area is unsafe.”

“Yes, the people who consider themselves at the vanguard among those protecting our pure and native land from the environmental ravages of the destructive energy industry, can’t even bother to keep their ramshackle front yards clear of refuse and liquor bottles.

“And right there, in a somewhat seedy nutshell, stands the sad reality of this country’s hypocritical division.

“Anyhow, they call themselves ‘Camp Cloud’ and, for a while, they were anointed to near sainthood by the latte-sipping, defined-benefit-pension bunch that used to spare the time for a pipeline protest or two. Heck, a few even got themselves ticketed by the police — a middle class badge of honour if ever there was one. Ah, but that was then, this is now.

“So, this is what Burnaby’s mayor now has to say:

“The drug use, the drinking, the impact of the facility on traffic and some of the things said to people that have been going through the neighbourhood, have been offensive.”

“He went on to explain that while Burnaby citizens were prepared to tolerate a small presence as a symbol (don’t we all just love a symbol) of the fight against Big Oil…well, these days, that’s “escalated” into something totally unexpected.

“Oh yes? Did you not realize that welcoming into town these protesters hoping to happily join hands at the barricades wasn’t just some passing fancy to later regale your yoga buddies about? Or to which you can politely call a time-out on some given evening, because you want a peaceful backyard barbecue?

“Oh Dave, aren’t they so sweet? They’ve stopped chanting so we can eat in peace. I’ll drop $20 into their bucket tomorrow. Pass the Merlot.”

“But we aren’t finished with this ongoing truly-Canadian farce. Not only do these environmental stalwarts refuse to pick up after themselves, but the ramshackle places they’ve erected are now deemed a fire risk to those forests around Burnaby they claim to earnestly protect, as well as nearby oil storage tanks.

“Yes, reality is settling over Burnaby and it has an unpleasant odour. So now the lawyers who tried to put legal hurdle in the way of the pipeline expansion are now working on getting these protesters kicked out of town so the place can be cleaned up. Residents no doubt are hoping they will have more success in this latest legal manoeuvre…”