“West Moberly ‘First Nation’ {a B.C. ‘nation’ of 274 people} Chief Roland Willson has lashed out at Premier Christy Clark and BC Hydro CEO Jessica McDonald in a ‘Facebook’ post, calling them “evil bitches”.

{They just lost their case in the B.C. Supreme Court – see below. They are also suing in Federal Court…}

“In the comments section, Willson also posted a photo of a cartoon middle finger, with the caption, “Hey Christy and Jessica!”

“In July, the $9-billion megaproject was permitted by the federal government, and was quickly criticized by environmentalists and ‘First Nations’ groups who called it a betrayal by the Trudeau government…

“Christy Clark has declined to comment on the post, but she has talked about the challenges of being a female politician in the past…

{It’s also hard not to connect this Chief’s attitude with the attitudes responsible for the ‘Missing and Murdered’ aboriginal women…
‘Stop Blaming ALL Canadians’ {October 7, 2015}:
https://endracebasedlaw.wordpress.com/2015/10/07/stop-blaming-all-canadians/ }

“Multiple requests for comment from Willson have been unanswered, though he originally amended the post to remove the word “bitches”.

“However, late Thursday, the offending term was re-inserted into the post and Willson made another post defending his comments, saying

“There is an old adage[:] If the shoe fits then wear it!” 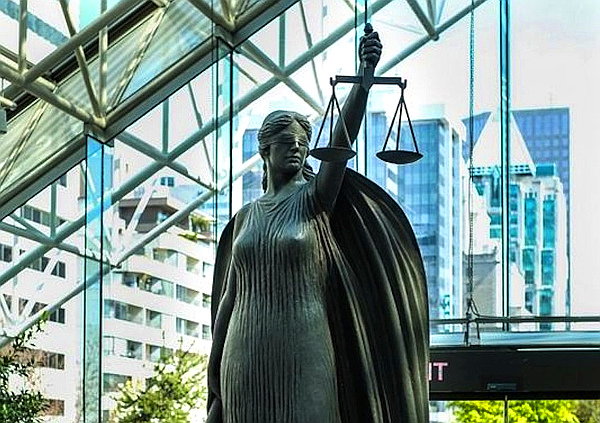 “A judge has dealt a blow to two northern British Columbia ‘First Nations’ {‘Siberian settler’ communities} who hoped to challenge the province’s approval of the $9-billion ‘Site C’ dam.

“West Moberly ‘First Nations’ {a ‘nation’ of 274 people} and Prophet River ‘First Nation’ {a ‘nation’ of 264 people} have launched several challenges in both provincial and federal courts against a project that would flood nearly 10,000 hectares of their {surrendered by Treaty, former} ‘traditional territories’. Both argued the province failed to ‘consult’ them {‘give them final say’} as required.

“But in a ruling Monday morning, Supreme Court of B.C. Judge Robert Sewell — who previously ruled against them in another ‘Site C’ case {Oh my, what a ‘racist’!} — said it was the ‘First Nations’ who had stymied the consultation process, not B.C.

“The process of consultation was frustrated by the positions taken by the ‘[First Nations’] refusal to engage in consultation within a reasonable time frame”, wrote Sewell in his ruling. “I am satisfied that the Province was prepared to engage in meaningful consultation.”

“BC Hydro CEO Jessica McDonald posted news of the decision on her ‘Twitter’ account on Monday, tweeting,

“This just in: BC Supreme Court dismisses challenge to provincial permits issued for #SiteC.”

“In an earlier ‘Site C’ statement, the Crown corporation said it’s been

“consulting and engaging with Aboriginal groups about ‘Site C’ since 2007”

and that BC Hydro has reached agreements with 11 aboriginal groups.

“Only two {tiny} ‘First Nations’ remain opposed to the project in court”, the agency said on Aug. 10, adding that, “to date, four judicial reviews of the environmental approvals of Site C have been dismissed … BC Hydro is committed to working with aboriginal groups to address their concerns and identify opportunities for them to benefit from the project.”

“West Moberly Chief Roland Willson told ‘Metro’ that he was disappointed and surprised by the ruling, and that the ‘Treaty 8’ bands will be reviewing the decision with their lawyers by conference call in coming days to chart their next steps.

“I was hopeful and expected that we’d get a ‘fair decision’ {Aboriginal leadership never accept that they could be wrong}”, he said in a phone interview. “I guess this is part and parcel of having to defend our ‘rights’ through the court system when (governments) don’t acknowledge our ‘treaty’.

{Lying about the Treaty has worked with the Supreme Court of Canada, so his stubbornness is not surprising, but the Treaty is pretty clear – See below…}

“If we appeal it and then we win, what’s the point? {Then stop subjecting everyone to this.} It’s been almost a year since we did the ‘Joint Review Process’ and as soon as they got the permits, they immediately started to go to work {Yes, building things can take a long time – you should try it}. They’re not going to undo the damage they’ve already done to the Valley.”

“Justice Sewell noted in his ruling that the two ‘First Nations’ rejected B.C.’s attempts at outreach, and instead

“took the position that any custom consultation agreement or process should be discussed in a Chiefs to Ministers meeting,”

between them and provincial cabinet ministers, not senior staff of B.C.’s Ministry of Forest, Lands and Natural Resource Operations as the province “consistently preferred”.

“Willson said the band had in fact negotiated a custom consultation agreement already, but felt that deal had been broken.

“We’d spent about two years trying to negotiate a custom process with BC Hydro about its permits”, he said, “but when we finally agreed on a process, not even a month afterward they approved all the permits anyway.

“There was absolutely no trust in B.C. to honour its word on anything — not on protecting our treaty, or on the existing agreements we have in place. We’re expected to sit down with them in good faith?”

“Grand Chief Stewart Phillip {a  persistent advocate of anti-Canadian violence}, President of the ‘Union of B.C. Indian Chiefs’ which has supported the ‘Treaty 8’ Bands in their fight against the dam, told Metro that many ‘First Nations’ are suspicious about government consultations but that shouldn’t let the Crown off the hook for its ‘obligations’.

“We know there’s a hesitancy to engage in consultation because there’s been so many cases around the inadequacy and fundamental flaws in consultation processes”, he said in a phone interview {Yes, they’re a waste of time and money, and not necessary under Treaty}. “So some ‘First Nations’ are reluctant to engage because they’re not convinced the legal framework is sufficient to truly reflect their {selfish} interests.

“That’s why there’s been so much litigation around the inadequacy of the consultation process itself. (Former Prime Minister) Stephen Harper’s omnibus legislation completely gutted the environmental assessment process, so there’s good reason for the suspicion.”

{They’ve been playing this violin ever since, even though the legislation simply returned the responsibility to the Provinces, where it Constitutionally belongs…} 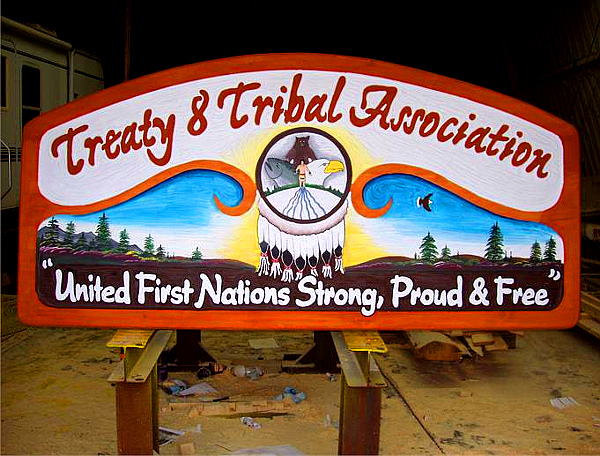 “Phillip said that it will now be up to ‘Treaty 8 Tribal Association’ and its member Bands whether they will appeal the decision as their other legal battles continue.

“It’s a disappointing decision”, he said, “but this is not the end of the story by any stretch of the imagination.”

{No, you won’t quit until we change the Constitution and END RACE BASED LAW…}

‘Treaty 8’, like most of the Treaties, allows the resident Indians to hunt and fish on their “traditional lands” AS LONG AS THE AREA IS NOT NEEDED FOR DEVELOPMENT. WHEN DEVELOPMENT HAPPENS, COMPENSATION IS PROVIDED IF THE DEVELOPMENT USES RESERVE LAND; HOWEVER, THE DECISION AS TO WHETHER TO DEVELOP DOES NOT BELONG TO THE ABORIGINALS — OR THE COURTS.

Here are the relevant sections from ‘Treaty 8’:

“…the said Indians DO HEREBY CEDE, RELEASE, SURRENDER AND YIELD UP TO THE GOVERNMENT OF THE DOMINION OF CANADA, for Her Majesty the Queen and Her successors FOR EVER, ALL THEIR RIGHTS, TITLES AND PRIVILEGES WHATSOEVER, TO THE LANDS…

“And Her Majesty the Queen hereby agrees with the said Indians that they shall have right to pursue their usual vocations of hunting, trapping and fishing throughout the tract surrendered as heretofore described, subject to such regulations as may from time to time be made by the Government of the country, acting under the authority of Her Majesty, and SAVING AND EXCEPTING SUCH TRACTS AS MAY BE REQUIRED OR TAKEN UP FROM TIME TO TIME FOR SETTLEMENT, MINING, LUMBERING, TRADING OR OTHER PURPOSES {like a dam, for instance…}…

“It is further agreed between Her Majesty and Her said Indian subjects that such PORTIONS OF THE RESERVES and lands above indicated as may at any time be required for public works, buildings, railways, or roads of whatsoever nature may be appropriated for that purpose by Her Majesty’s Government of the Dominion of Canada, DUE COMPENSATION BEING MADE TO THE INDIANS for the value of any improvements thereon, and an equivalent in land, money or other consideration FOR THE AREA OF THE RESERVE SO APPROPRIATED…

“And the undersigned Cree, Beaver, Chipewyan and other Indian Chiefs and Headmen, on their own behalf and on behalf of all the Indians whom they represent, DO HEREBY SOLEMNLY PROMISE AND ENGAGE TO STRICTLY OBSERVE THIS TREATY, and also to conduct and behave themselves as good and loyal subjects of Her Majesty the Queen.

“THEY PROMISE AND ENGAGE THAT THEY WILL, IN ALL RESPECTS, OBEY AND ABIDE BY THE LAW {so, no civil disobedience…}; that they will maintain peace between each other, and between themselves and other tribes of Indians, and between themselves and others of Her Majesty’s subjects, whether Indians, half-breeds or whites, this year inhabiting and hereafter to inhabit any part of the said ceded territory; and that THEY WILL NOT MOLEST THE PERSON OR PROPERTY OF ANY INHABITANT of such ceded tract, or of any other district or country, OR INTERFERE WITH OR TROUBLE ANY PERSON PASSING OT TRAVELLING THROUGH the said tract or any part thereof, and that they will assist the officers of Her Majesty in bringing to justice and punishment any Indian offending against the stipulations of this Treaty or infringing the law in force in the country so ceded…”
{CAPS added…}

‘Let The Games Begin’ {January 9, 2016}:
“The protests against ‘Site C’ are ramping up. Roughly a dozen people have occupied the historic Rocky Mountain Fort since mid-December, despite an eviction notice from Hydro…
“Energy Minister Bill Bennett said the delay would make the project more expensive…
Bennett added that government agrees construction should proceed despite outstanding court cases. He said those in opposition appear to be using the legal system as a stalling tactic and also noted the courts have mostly sided with the utility.”
https://endracebasedlaw.wordpress.com/2016/01/09/let-the-games-begin/

Mail to: endracebasedlawpetition@gmail.com
JOIN US IN THE FUTURE OF A UNIFIED CANADA