“In nearly a quarter of residential fires on Manitoba ‘First Nations’ there was no smoke alarm present, according to the latest figures from provincial fire investigators…

“That would sound about right”, Merrick said. “It is probably the same thing in our community, where we install a smoke detector and we get called back a year later and there’s no smoke detectors.”

“Merrick started a smoke detector campaign at Long Plain in 2010 after a house fire claimed the life of a two-year-old. Merrick inspected every home on the ‘First Nation’ to ensure it had a working smoke detector.

“ A month into his project, 50% of the community’s homes still did not have a working fire alarm.

“Six years later, it’s still an ongoing concern for Merrick who says the program had to become an annual one because people kept removing, and losing, their smoke detectors.

“It’s mostly the residents taking down the smoke detectors, like through cooking or steam buildup”, he said. “That’s the only thing I could figure out as to why they would be taking them down.” 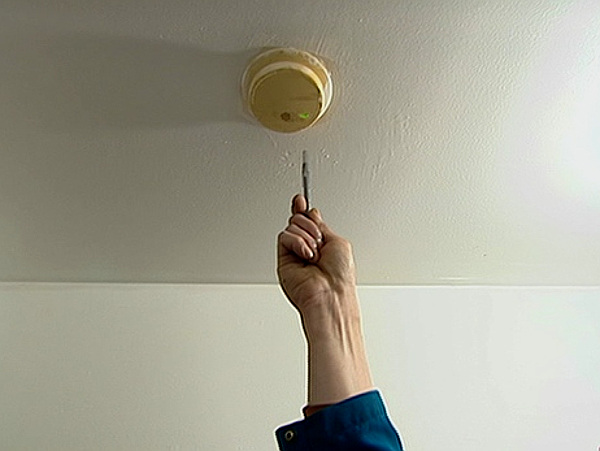 “Merrick says Long Plain’s fire department spends roughly $600 a year on smoke detectors and once a week he installs new ones. He is baffled by the problem.

“I live in the same community. I have the same type of housing”, he said. “A lot of the older generations do care about their fire safety and do maintain their smoke detectors.”

“But smoke alarms are not the only problem, said ‘Manitoba Keewatinowi Okimakanak’ (MKO) Grand Chief Sheila North Wilson. She said the houses themselves increase the risk of fire.

“They are highly flammable and they ignite really fast and put a lot of people in danger”, North Wilson said. “A lot of the homes, the older ones, are put together with glue and clapboard.”

“We need a huge massive overhaul and infusion of housing in our communities, especially in our north. In Manitoba alone, we need two billion dollars worth for housing. And if we’re not going to do that, we need to start making investments in the current homes that we have now”, said North Wilson.

“The Minister of ‘Indigenous’ and Northern Affairs said that investment is coming.

“In this budget, one of the highest priorities was being able to get people properly housed. We’ve put over half a billion dollars over the first two years, and then we’ll reassess and hope to do more”, Carolyn Bennett said. “We just need more and better housing, coast to coast to coast.”

“Bennett said ‘First Nations’ leaders have also told her they want more of a focus on fire prevention.

“That means smoke detectors and all of the education it takes for people to be safe in their homes. It means that building codes and the quality of housing that is built needs to meet code, keep fires confined to the house the way the fire code regulations are supposed to do”, she said.

“In the case of Pikangikum—a community where nine people died in a house fire this week—Bennett said the federal government this year delivered 1,000 smoke detectors for about 500 homes.

“Again”, she said, “it is a matter of how do we just make sure that everybody is safe?”

“…In communities like Long Plain, where the fire department provides smoke alarms, Fire Chief Merrick said people who live in Band housing also have to take some personal responsibility.

“It is the occupant’s responsibility to keep those smoke detectors in the operating mode once we install them”, Merrick said.

mail to:  endracebasedlawpetition@gmail.com
JOIN US IN THE FUTURE OF A UNIFIED CANADA