Doug Cuthand describes himself as “a Saskatchewan writer, journalist and independent film producer”. Nowhere does he mention his role as an Aboriginal Industry propagandist — which is a role he often occupies, thanks to Canadian media:

‘Governments must treat ‘First Nations’ as equals in negotiations’

“‘First Nations’ were in court yet again last week, and the results continue to strengthen our position as self-governing ‘nations’ {but you’re not. This specific issue has been dealt with both legally and Constitutionally and yet, you keep pushing…} and the need for provincial and federal governments to do proper consultation if they expect to bring ‘First Nations’ into Canada as equals {The only equality is as individual Canadian citizens. Otherwise, you are trying to divide Canada based on race, and that is deserving of contempt…}.

“First, we had the case of the ‘Saskatoon Tribal Council’ versus the Saskatchewan government. The province maintained it has a right to access reporting of child-welfare files of on-reserve children {Of course they do – these are Canadian children resident in Saskatchewan. It’s fraudulent that this even went to court…}. The tribal council argued it had {race based} ‘jurisdiction’ for children on reserves. The court ruled that, according to the agreement between the tribal council and the province, the government has a right to access the files.

“The court was very clear that this case would be determined by the wording of the agreement and constitutional and treaty rights arguments could not be decided in an injunction hearing. This case does not set a precedent as to ‘First Nations’ ‘jurisdiction’ and constitutional law {The only ‘precedent’ that was set was the agreement itself, whereby the government abandoned its responsibility for children if they happen to be aboriginal, and turned it over to race-based, mainly dysfunctional, segregated communities. An absolute disgrace…}. It only is an interpretation of the agreement between the two parties…

“The tribal council was also clear it wanted to be treated as an equal and not a subordinate {But your ‘council’ is NOT equal to provincial and federal governments! Don’t be so disrespectful…}.

“Treating ‘First Nations’ as ‘subordinates’ {“Subjects”, which also includes ‘rights’ as well as obligations…} is a legacy from our {ancestors’} colonial relationship with federal and provincial governments. The same issue arose in the recent decision over the approval of the Northern Gateway Pipeline.

{Even though 26 ‘first nations’ — the majority of affected tribes — support the project…:

“In the dissenting opinion, Justice Michael Ryer says the Crown’s reasons for concluding it had met its duty to consult were based on a number of factors, including that ‘First Nations’ were encouraged to participate in the process and were entitled to receive funding to do so. Many of the ‘First Nations’ concerns were accommodated as well in the 209 conditions attached to the project by a joint review panel that found it was in the public interest in December 2013, he wrote. It also has the support of a majority of the affected ‘First Nations’, 26 of which accepted the project proponent’s offer to acquire an equity interest in the project.”

“The decision…places the future of other resource projects and pipelines in doubt. It will no doubt have far-reaching consequences for other resource projects that are being forced despite First Nations’ opposition {Once again, the MAJORITY of affected aboriginal Bands SUPPORT the ‘forced’ pipeline. Propaganda is a deliberate biasing of information…}.

“These cases reveal the absence of a willingness by governments to work with ‘First Nations’ and treat us as equals {You deserve ‘equal’ treatment as citizens but NOT as so-called ‘nations’…}. The days of promising jobs and other ephemeral goodies {Jobs are “ephemeral goodies”? What a warped perspective…} are long gone. The relationship with Canada and the ‘First Nations’ is unfinished business and must be addressed if we expect to move forward {That’s for damn sure!}.

“When the country was put together, the Fathers of Confederation took care of themselves {What a foolish remark…} and created two forms of government — federal and provincial. The ‘British North America Act’ outlined the jurisdiction of each, with the federal listed in ‘section 91’ and the provinces in ‘section 92’.

“At the time, ‘First Nations’ governments were not even considered, but as our legal and economic influence has grown, it is apparent that ‘First Nations’ have the right to their own governments {He’s referring to ‘national’, not reserve governments and again, it’s a propagandistic lie, hoping that if it’s repeated often enough, it will become true…}.

“The treaties, the Constitution and now, the United Nations ‘Declaration on the Rights of Indigenous Peoples’, all support our right to self-government {The Treaties do NOT support ‘self-government’ — go ahead, quote one…
Neither does the Constitution. The idea of aboriginal self-government was EXPLICITLY REJECTED in 1982 and at subsequent Constitutional conferences, as well as by the Canadian people in the ‘Charlottetown’ referendum. Again — propaganda is a deliberate biasing of information…}.

“‘First Nations’ governments have the right to occupy jurisdiction listed under ‘section 92’ of the ‘BNA Act’ {sic – it hasn’t been called the BNA Act since 1982. It’s now called the ‘Constitution Act, 1867’…}, which are the provincial areas.

{As far as ‘occupying the provincial areas’, wrong again:

“Not enough has been said about how the ‘Tsilhqot’in’ decision emphasizes the rights and powers of the province, of particular importance is the right to infringe aboriginal title where justified in the public interest, and the court’s unequivocal finding that provincial law applies in title and territorial areas.”

“‘First Nations’ governments can also take on areas of federal jurisdiction where they deem it necessary {What a foolish, arrogant and dangerous statement…}. This has long been understood in ‘First Nations’ circles, but the rest of the country has yet to come to grips with the concept {And when they do, the backlash is going to knock you on your bigoted, anti-Canadian, traitorous ass. In the meantime, enjoy the good living that undermining Canada currently provides…}.

“There is a lot of fear that ‘First Nations’ have a veto over pipelines and resource projects. This has yet to be determined, but it doesn’t have to be the case.

{You know that’s not true! It has clearly been determined that so-called ‘first nations’ do NOT have any ‘veto’. Yet, you blithely talk as if that hasn’t happened. Shame on you…:

“The courts have been clear that ‘First Nations’ DO NOT HOLD A VETO over projects or developments even where aboriginal title is proven, let alone on asserted territorial lands where overriding public interest can be demonstrated and an infringement of title can be justified according to a long-established legal principles…”

“The key to future development comes from open dialogue, meaningful consultation and recognition of our ‘right to govern ourselves’ {‘The break-up of Canada’ by tiny, pretend ‘nations’, in the name of a romanticized past and a racial revival not dissimilar to Alfred Rosenberg’s: “The German people is not marked by original sin, but by original nobility.”}.” 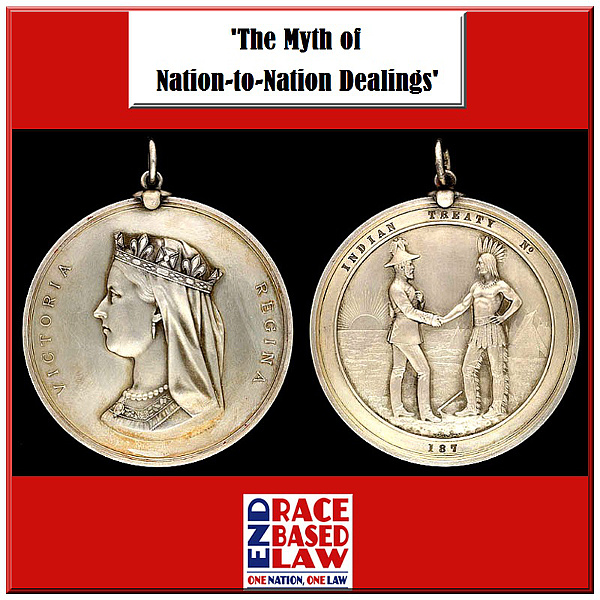 “The recent practice of calling the right of aboriginal self-government “inherent” is a way of claiming that history doesn’t matter; that aboriginal communities had, have, and always will have the ‘right’ to govern themselves, no matter what happens.

“But history does matter.

“Government depends on power. New and more powerful tribes — the European tribes — entered Canada and established a new political order… It is true that there was not a conquest in most of Canada in the same way that there was in Mexico and Peru, or in much of the United States…

“Does it make sense to respect power established by brutal conquest, but not power that was — for the most part — established peacefully and humanely?…

“The assertion of continuing self-government assumes that aboriginal communities did not lose control of their own affairs even after the advent of European settlers. Aboriginal spokesmen in Canada take every opportunity to repeat that because their ‘nations’ were never conquered and never voluntarily gave up their right of self-government, they must still possess it…

“But this assertion is highly questionable. ALL treaties, from the covenants of submission of the 18th century to the land-surrender agreements of the 19th and 20th centuries, EXPLICITLY RECOGNIZED THE SOVEREIGNTY OF THE CROWN. It is true that no treaties were signed in some provinces, but the historical record shows that…even without formal negotiation and agreement, aboriginal communities accepted land reserves and regulation under the ‘Indian Act’.

“They may have disliked the outcome, but they were powerless to change it. In other words, they no longer had the capacity to implement their supposed right of self-government…

“It does not matter that British or Canadian military forces had never defeated the Cree of northern Alberta in war; the Indians had become subject de facto to the sovereignty of the Crown.
THEY KNEW IT AND EVERYONE ELSE KNEW IT…”

“The generally dysfunctional character of aboriginal community leadership and administration remains deeply entrenched because of the influence of an industry of lawyers, consultants and other professionals that benefit from the status quo of native dependency.”
‘DECONSTRUCTING THE ABORIGINAL INDUSTRY’ {June 2, 2016}:
https://endracebasedlawcanadanews.wordpress.com/2016/06/02/deconstructing-the-aboriginal-industry/

“In these trials by history (i.e, law office history), watching the highly-skilled, forceful attorneys at work serving the Indian cause was a thoroughly eye-opening experience.
From them, I learned much about the selective use — and suppression of — historical and anthropological evidence…”
‘HOW THE ABORIGINAL INDUSTRY WINS IN COURT’ {Sept.17, 2015}:
https://endracebasedlaw.wordpress.com/2015/09/17/how-the-aboriginal-industry-wins-in-court/