“Oil-producing Saskatchewan ‘First Nations’ have launched a class-action lawsuit against the ‘Government of Canada’, claiming it mismanaged developing the resources on ‘First Nations’.

“The class-action lawsuit claims that the federal government owes the ‘First Nations’ an estimated $3 billion, because the government agency that is responsible for protecting their oil and gas resources has allowed the natural resources to be drained away for decades without demanding that ‘indigenous’ communities be compensated…

“Many ‘First Nations’, including Poundmaker and Onion Lake, have signed agreements with the IOGC, an agency of the government’s ‘Department of ‘Indigenous’ Affairs’, giving it the right to manage natural resources on their behalf. The functions of the IOGC include identifying the oil and gas deposits, promoting the natural resources to oil and gas companies, negotiating drilling deals, and collecting the revenues for ‘First Nations’.

“A lawyer on the case, Heather Rumble Peterson, said the government hasn’t done enough to support resource development on reserves…

“Reserves often find themselves to be in dire needs of funding for social programs and other unfunded programs that exist”, she said.

“Peterson added that ‘First Nations’ have resources that lie under their lands, but the government hasn’t taken active steps to ensure that those are freed up and the monies become available.

“The lawsuit alleges that the government agency failed in its duty to monitor the wells being drilled around reserves and to require compensations in cases where oil and gas are being drained.

“A former chief of the Poundmaker Cree ‘Nation’, Blaine Favel, who is also Chancellor of the ‘University of Saskatchewan’ and a former CEO of ‘One Earth Oil and Gas Inc.’ {and a paid advisor to the law firm behind this lawsuit}, said it is a finite resource that has been drained, and it has been drained from the poorest people in Canada.

“According to ‘GlobalNews’ {see below}, the statement filed in court said that “Poundmaker has 41 wells drilled, with 10 producing”. But the claim alleges that 242 wells have been drilled next to the reserve, 86 of which are producing.

“The class action lawsuit is represented by Harvey Strosberg of ‘Sutts, Strosberg LLP’. The lawfirm is hoping the case can be settled, rather than litigated in court.

“The ‘Department of ‘Indigenous’ and Northern Affairs’ spokesperson said the Department acknowledged the claim and it;s currently being reviewed.”

“A statement of claim was filed in the Federal Court late Monday afternoon by the Poundmaker Cree ‘Nation’ and the Onion Lake Cree ‘Nation’ on behalf of the roughly 70 ‘First Nations’ that have had their oil-and-gas reserves managed by ‘Indian Oil and Gas Canada’ (IOGC).

“The potentially costly suit comes at a time when the Liberal government, which is facing a ballooning deficit, is promising to reset the relationship with Canada’s {so-called} ‘indigenous peoples’ and to find ways to increase the revenues of ‘First Nations’…

“While not all landowners in Canada own the oil and gas beneath their property, the rights to the resources that sit below reserves are held by ‘First Nations’ and are overseen by the federal government.

{No — “the rights to the resources that sit below reserves are held by” the Crown “and are overseen by the federal government” on behalf of aboriginals.}

“When an oil or gas well is drilled close enough to a ‘First Nation’ {reserve} that a provincial regulator determines it could be draining those resources out from under the reserve, the ‘First Nation’ is entitled to have its losses offset.

{And when an oil or gas well is drilled on reserve, close enough to an outside well “that a provincial regulator determines it could be draining those resources”, outside companies are entitled to compensation…}

“The IOGC website says the agency “monitors well licences around ‘First Nation’ reserve lands for potential drainage” and when it is suspected that oil and gas are being drained away, it issues notices to obtain compensation on the ‘First Nation’s behalf.

“But the statement of claim says IOGC did not generally send out those notices, even when a ‘First Nation’ asked it to do so.

“Wallace Fox, chief of the Onion Lake ‘First Nation’, says he has expressed his concerns over the years about oil-and-gas wells that should have been bringing money into his community, but they have been ignored…

“Mr. Favel stressed that the lawsuit is not being directed against the oil-and-gas companies.

“They followed the rules in terms of their licensing”, he said. “This is a suit against the federal government, which mismanaged its conflicting roles of manager, regulator of these lands and their ‘fiduciary duty’ to ‘First Nations’ people.”

COMMENT: “In general, if there’s an underground pool of oil or water, it belongs to whomever taps it, such as the Bakken oilfield under Manitoba, Saskatchewan, North Dakota and Montana.

“Having some ridiculous claim or pseudo-deal that says compensation is due is a big stretch. This should go nowhere.”
^^^^^^^^^^^^^^^
“I remember the efforts by government to build a paved highway through Cold Lake ‘First Nations’ 25 years ago, to connect an easy route from Lloydminster to Cold Lake/Grand Centre.

“After years of delays and continuous filibuster to extract as much money out of the government as possible, the only recourse was for the government to decide it was impossible to meet their demands, and add a few more miles to the drive by building the highway around the reserve.

“Oil companies feel the same about drilling on reserve land. Why take the risk of dealing with groups who always want to change the rules of the game. It’s almost always better to drill around a reserve, on land where you know what you’re getting yourself into.”
^^^^^^^^^^^^^^^
“Can we not just pay them all out, make them taxpaying citizens and abolish indian affairs? End the reserves, end the benefits, end it all.”
^^^^^^^^^^^^^^^
“If people are drilling for oil outside a reserve it’s really a bogus argument. If they choose to leave it in the ground and it drains away, horizontally or vertically, it’s nobody’s fault but their own.

“All the lawyers fees, consultants, expert witnesses will be getting paid top rate of $300-500 / hr by the taxpayers. This will drag on for years while the Federal legal team acting on behalf of the unaudited chiefs rack up thousands of hours and millions of dollars in billings.” 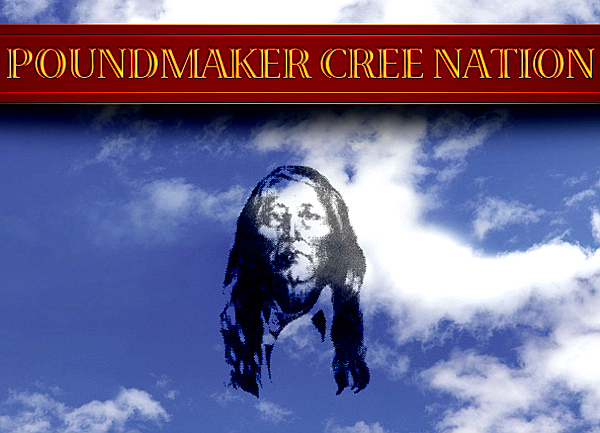 “The lawsuit estimates the damages suffered by the class to be $3 billion. Lawyer Harvey Strosberg said in a release,

“Based on our natural resource wealth, ‘First Nations’ should be among the wealthiest in Canada”, Bellegarde said.”

“There are 72 oil and gas-producing ‘first nations’ in Canada eligible for the class action. Harvey Strosberg of ‘Sutts, Strosberg LLP’ said more ‘First Nations’ are interested in joining the lawsuit…”

{The law firm is actively soliciting clients for this suit…}

“Harvey Strosberg, one of two lawyers representing the bands, said he’s opened talks with other bands interested in joining the lawsuit.

“We want the court to make it into a class action”, said Strosberg. “We’ve talked to at least another ‘Five Nations’ and they are very supportive. Some of them are in the process of retaining us.”

“Because aboriginal Bands are not allowed to disburse reserve lands, energy companies seeking to develop the oil and gas beneath them must deal with ‘Indian Oil and Gas Canada’. That agency is responsible for promoting development, negotiating deals, issuing licences, collecting royalties and monitoring activity.

“Because the Bands can’t do the work themselves, the agency is obliged to look after ‘First Nations’ interests, said Strosberg.

“The Indian nations can’t do anything. They have to pass this off to the federal government. (The government) said, ‘You can’t do it yourself … we’ll take care of you.”’

“Figures in the statement of claim, which contains allegations not yet tested in court, question that care.

“The claim alleges there have been 41 wells drilled on Poundmaker lands with 10 producing. That compares with 242 wells, with 86 producing, immediately adjacent to the Saskatchewan reserve.

“The situation is similar for Onion Lake, which straddles the Saskatchewan-Alberta boundary, says the statement…

“The agency has long been a target of ‘First Nations’, said Blaine Favel, former head of the ‘Federation of Saskatchewan Indian Nations’…

“This is archaic, colonial law”, he said…

“Favel said the agency has long been under-resourced and isn’t keeping up with the demands of the modern industry. As well, it serves as regulator, license issuer, land manager, royalty collector and watchdog, far too many roles for one office…

“Strosberg said he hopes the federal government will choose to negotiate a settlement.